Day 4, October 11, Thursday – Our plan was to spend a day in Baltimore, visit Walters Art Museum, Baltimore
Museum of Art and then spend night at Alex’s cousin’s house in Gaithersburg.
We started with the Museum of Art. One of the reasons for visiting this museum was our desire to see their famous collection of Maryland silver by leading 18th- and early 19th-century silversmiths and other American decorative arts. Unfortunately, all their American art expositions that represented more than half of the museum collections were closed for major redesign. Their new temporary exhibition was to be open in a couple of weeks. The rest of the collections were interesting but rather modest in size so we were done with them in less than an hour. However, they had good size collection of French impressionists including Pablo Picasso, Paul Cézanne, and Vincent van Gogh so overall we enjoyed our visit.
Then we went to Walters Art Museum and spent couple of hours there. The museum's collection was created substantially by two men, William Thompson Walters (1819–1894), who began serious collecting when he moved to Paris at the outbreak of the American Civil War, and his son Henry Walters (1848–1931), who refined the collection. Henry Walters was particularly interested in the courtly arts of 18th-century France. The museum’s collection of Sèvres porcelain includes a number of pieces that were made for members of the court at Versailles. They also have nice collection of portrait miniatures and the examples of goldsmiths' works, especially snuffboxes and watches. In addition they have a sizeable collection of Russian silver enamels from the 17th through early 20th centuries including Faberge work.
Among other things museum also has nice medieval art collection and substantial collection of French impressionists.
However, in spite of pleasure we got from visiting these two museums, overall we did care for Baltimore. Majority of the areas we were driving through were rather ugly, ran down and did not feel safe. It became better as we got to the waterfront but this was one of the very few places on our trip that we are not planning visiting again soon. 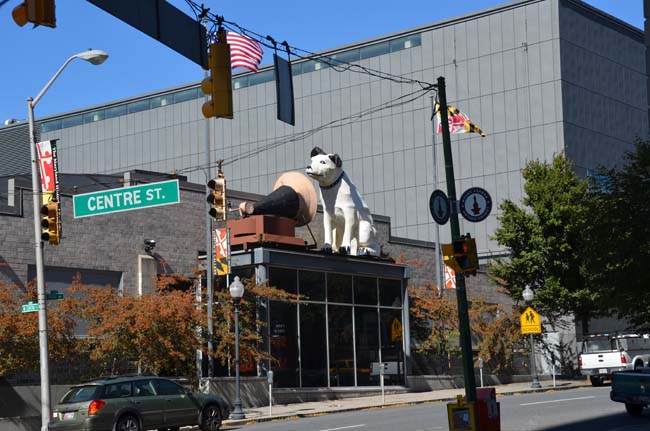